How To Make The Best Socket Organizer At Home 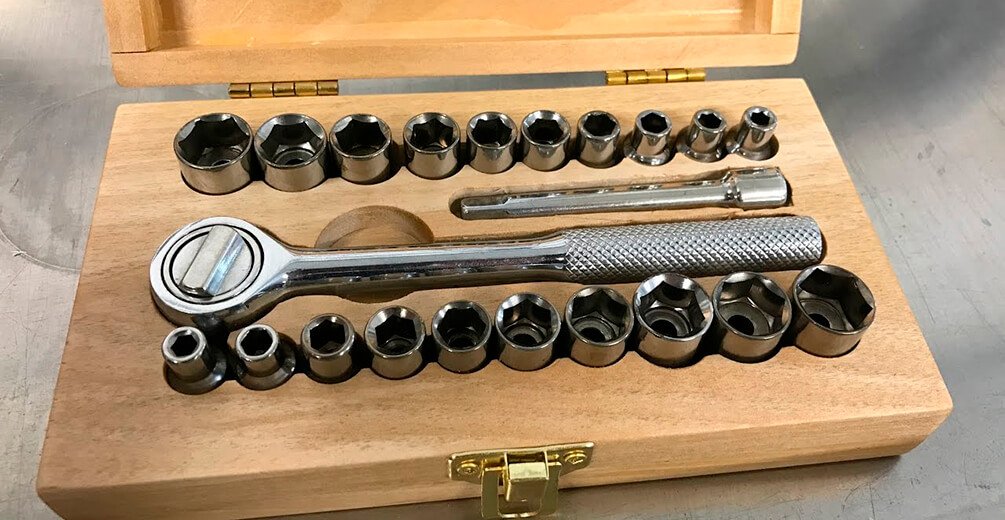 The best socket organizer is a perfect way to store you instruments as such tools like sockets are often purchased separately, so you have to place them in a special case or box. Of course, it’s easy to buy an organizer, but a good one will be a really expensive buy. However, a convenient homemade magnetic holder can be a great alternative to the costly options. In addition, each socket will be securely fixed in its cell, and the entire box will be transported easily.

Despite the fact that it may seems a time consuming way on how to organize sockets in toolbox, in reality it will take you no more than few hours.

For making a DIY socket organizer, first of all you need to create a sample, by which the blank will be cut. Any vector design software can help you (the Corel Draw, for example).

Primarily, create the number of laps you need. They will become holes in which you will insert your sockets. Make the same size of the diameter of the sockets themselves + 0.01 in so you could freely insert them into the prepared cells.

Spread the circles evenly, leaving a gap of few millimeters between them. After arranging all the circles, draw a rectangle around them.

Step #2. Development of the basis

After that, you will need to develop a holder base. Its main form will be the same – rectangular with curly corners. In place of the circles it’s necessary to apply the black stripes. The width of the strip should correspond to the diameter of the largest circle. The lines on the layout of the base should be marked with black color so that the laser doesn’t cut them but engraved them.

The layout for the main part of the holder, in fact, is also ready (similar to the first step). For the convenience of further operation, you will need to mark the socket sizes on the end part of the holder. Do it in any way you like – the main thing is to conform to the real dimensions.

At this stage on how to make socket organizer, according to the prepared layouts, you need to cut three holder blanks in the 2.5 in thick board.

All the blanks must be sanded. Use a sandpaper for this and rub all the inaccuracies.

Step #6. Engraving the side part

Take the widest blank and engrave the numbers.

The magnetic stripes must be glued to the base of the holder. They usually have an adhesive backing, but to secure the attachment, it will be better to additionally fasten it with an epoxy resin. Having stuck the magnetic strips, put them under the press for 5 – 10 minutes. Be careful when gluing.

Step #8. Gluing all parts of the holder

Smear all the parts with an epoxy resin and glue them under the press.

After the resin has dried, rub the surface of the holder with the sandpaper once again, and then rub it with a polyurethane and sand again, and finally fix it all with an acrylic lacquer. You magnetic organizer for sockets is ready!