How to Repair 12V Air Compressor 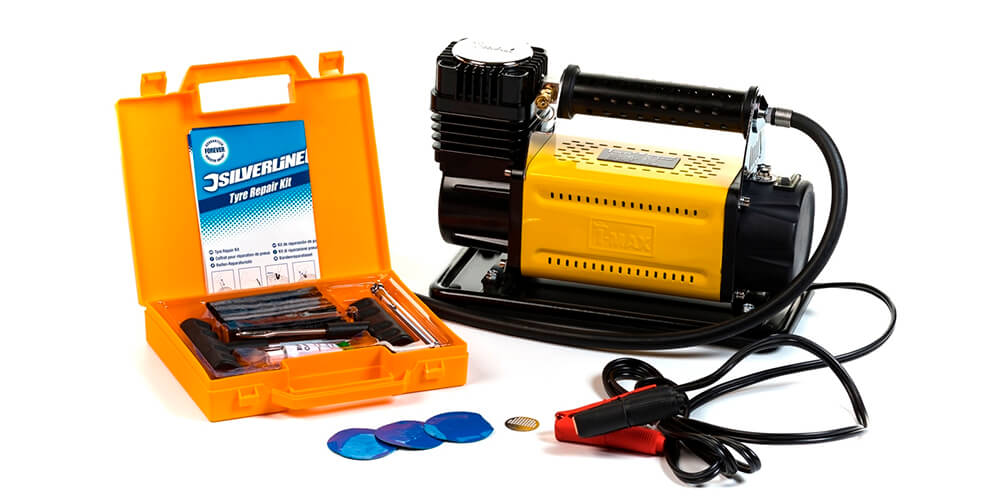 It’s quite clear that the air compressors need regular inspection and repairing sometimes. Especially the best 12v air compressor which requires replacement of pistons, rings, and other details on a regular base. However, the reliability of compressors largely depends on the quality of its maintenance. A large number of breakdowns is a result of poor cleaning of a compressible air.

However, despite the fact that the air compressor is rather complicated technical equipment, it is quite possible to fix it with your own hands.

There are various reasons that can cause an air compressor breakdown. So, to find out how to repair 12v air compressor, first of all, you need to discover which part needs to be repaired. Basing on the problem that arose during the exploitation of the device.

The device doesn’t turn on

Some compressors have a power cable (or cables) for connecting to a 12V power source. There are the models that are connected to the vehicle’s cigarette lighter, and some may be hooked up to the battery. So, if it doesn’t turn on, then, you should check the power cables for damage. Also, if the compressor is connected to the cigarette lighter, then you need to check the integrity of the fuse that is installed in the plug. In case of a blown fuse, it should be replaced.

In extreme cases, the device may refuse to turn on as a result of the motor breakdown. Most often it happens because of overheating. However, in such case, it is easier to buy a new 12 volt air compressor since the repair of the engine will cost about 80% of the new unit price.

The engine works but doesn’t pump the air

If you can hear the sound of a working compressor when it turned on, but the air doesn’t come out of the hose, then the unit needs to be disassembled for diagnosis:

A valve in the cylinder head is a frequent reason that the device doesn’t pump. To eliminate the malfunction, it’s necessary to remove the seal and the disc with the valve from the piston head.

There is a small o-ring located under the valve that wears out over time. When it is worn, the valve is not tight and passes the air. Also, sometimes this ring can move from its seat. If this happens, the valve won’t be able to close as well. In the case when the valve plate just breaks, it must be replaced.

In such case, it may be hard to discover how to fix 12v air compressor. If you can’t achieve the necessary pressure when trying to inflate tires, it’s possible that the cause of the problem may be in valves too. The various contaminants can accumulate below them that interfere with good conformity. To repair the tire inflator, you need to disassemble the piston head and clean all the parts from the accumulated dirt well.

Sometimes, insufficient air pressure may be caused by the deformation of the sealing ring, mounted on the piston. To remove it, it’s necessary to take off the liner. The sealing ring of the piston may be deformed due to overheating of the unit. To align the ring, it must first be softened.