What Causes Cars to Set to Fire? 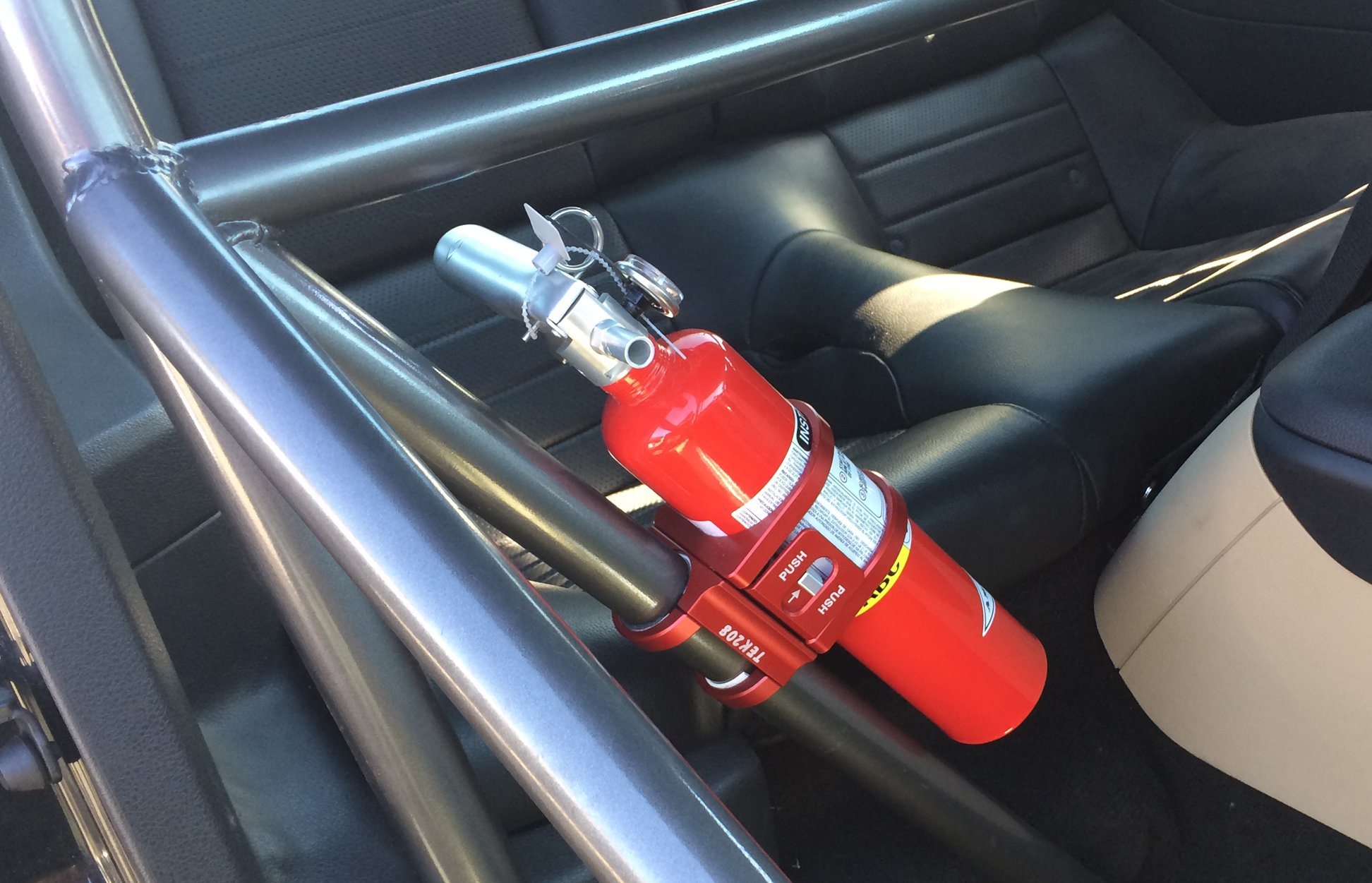 There is no need to explain how dangerous it is to burn a car – its consequence can be serious damage to the vehicle, the destruction of expensive property or even a fatal outcome for a person. That is why the rules specify the mandatory equipment of each car by a fire extinguisher and other means of combating the flame. Also, the driver must have the skills of the fireman to be able to cope with danger if necessary, all this is possible with the help of the best fire extinguisher for car. It is very important to establish the exact cause of the car ignition, to know what precautions to take when the fire is at risk.

The number one in the rating of the causes of ignition is the leakage of fuel – this is evidenced by the international statistics of insurance organizations. Even a few drops of gasoline that hit the hot cylinder block or components of the cooling system can cause the flame. It takes only a few minutes before the car will be destroyed, and a lightning-fast reaction will be required from the driver. Before starting the car, it is necessary to make sure that the car does not smell gasoline. If you have it, you should open the bonnet without drowning the engine – this will allow you to see a stream of fuel with the naked eye and prevent a fire – car catch on fire.

The second-place traditionally is a short circuit wiring, which causes the car to burn in every fourth case. The damage to the insulation leads to the occurrence of electric charge failures, which are accompanied by the heating of the wire. If the problem can not be solved fairly quickly, a hole is formed at the point of depression, which causes closure. Such cases of ignition are usually preceded by failures in the vehicle’s electronics or cases of unauthorized discharge of the battery. Always check the car posting condition.

What causes car fires: The battery itself is also often the cause of the fire because it is easily damaged in most vehicles. To cause fire, it is enough to pour the battery with plenty of liquid, for example, water that has flowed out of the damaged pipe. In hybrid vehicles and electric cars, the cause of the fire may not be so trivial. Their batteries are quite close to the bottom to improve the maneuverability of the car. When running on a large object or falling under the wheels of rubbish with sharp edges, the battery is often damaged, resulting in the instantaneous ignition of the car.

The worn gasket also causes the vehicle to be ignited, leading to its destruction. Gaps in the seals lead to the outflow of flammable technical liquids – it remains only to wait for the engine to heat or the appearance of a spark. In gasoline engines, the leak is most often found in the gasket of the blockhead or the sealant of the intake manifold. The cause of the fire may also be a burst body fuel filter or a crack in the coupling tubes.

If the car is equipped with gas equipment, the danger of a fire increases significantly. The cause of the fire usually causes damage to the tube, which leads from the tank to the gear unit or nozzles. Also, the danger of a car renders silicone tubes, a membrane or excessive wear of a filter. One should not forget about the poor adjustment of gas equipment – due to an unsuccessful setting of fuel delivery parameters, the proportions of the mixture may not be met, which will lead to engine and exhaust overheating – car fire causes.

The carelessness of drivers has already made legends, but in reality, this problem is critical, as evidenced by the data of insurance organizations. Even pedantic Germans, Norwegians and Swedes forget a variety of cloths, plastic bottles and even vials of easily flammable liquids under the car hood. The temperature of the motor and the cooling system is very high, which causes the ignition of a foreign object, and then – wiring, rubber products, and automotive paint. Some drivers pour oil, gasoline and other technical fluids under the hood, thinking that they evaporate when the engine is warmed up. This is partly true since any hydrocarbons have high volatility, but the rapid heating of the engine can cause a fire.

On the racetrack, you can often see a burning car, which is drowned by a whole team of firefighters – this is the reason for the dangerous overheating of the engine. Engagement is due to spilled motor oil, which is a flammable liquid. When the temperature increases, the lubricant loses its viscosity and starts to soak through the sealants and various compounds. Having hit the hot surface of the cylinder block, the oil becomes a cause of the fire. It is difficult to heat it, because such a technical fluid quickly spreads under the hood, but practically does not evaporate under the action of heating.

Overheating can not only the engine but also an exhaust system. Even in normal condition it often causes burning of spilled oil or gasoline – the temperature of the exhaust manifold reaches 700 degrees. In incomplete combustion of the mixture, part of the gasoline vapor can enter the exhaust pipe, where it undergoes repeated detonation, which is accompanied by overheating of the catalytic converter. The temperature rises to 1,000-1400 degrees, which can lead to the ignition of paint and varnish or lining the car. To avoid overheating, it is necessary to closely monitor the engine speed, as well as monitor the technical condition:

In recent years, the share of such a cause of car ignition is increasing, as a change in the design of the electric circuit. Installing additional high-capacity equipment increases the load on wires that start to overheat. If the mechanic decides to lay the wiring out of the space provided by the manufacturer, the cause of the fire may be heating from the engine, exhaust or cooling system. The use of low-grade wires leads to short-circuiting, which results in an extremely quick ignition of the car. Therefore, the installation or repair of any electrical equipment should only be given to a real professional – this will subsequently prevent ignition.

Other factors of ignition

There is always a possibility of a banal arson of a vehicle by intruders – to prevent such a deliberate phenomenon can only be through the round-the-clock protection of your car. If the car is standing in an unguarded parking lot, at night it can be covered with a special canvas cover, capable of extinguishing ignition. Under the hood and in the car interior, which has a high risk of ignition, often install small aerosol generators. They are capable of protecting your car from the ignition when intentionally firing. Also, there is a universal remedy that protects the motorist from damage to such crimes – insurance.

It is clear that causing fire can be short circuit wiring in the garage or burning garbage can, located a couple of meters from the car. Such an opportunity should always be taken into account and therefore it is necessary and important to carefully check the place where you intend to leave your vehicle for a long time. Also, it significantly increases the probability of burning a spot of gasoline or oil located near the car – enough one spark, so that under the car began a real fire. Therefore, in the garage and the parking lot, it is necessary to carry out periodic cleaning, filling up spots from technical liquids with sand, and then flushing them with foaming solutions.

In a fire you can see and blame the automobile manufacturer – the car may well have several structural defects, which in the future become a key cause of the fire. It is important to keep an eye on the announcement of automotive companies and to agree on the necessary revisions to prevent the car from becoming a victim of a fire. If the irregularity has occurred and the manufacturer’s wine has been proven – feel free to file a claim to the official dealer, who must financially compensate you for the damage he has suffered.

When detecting signs of fire – smoke, flames, strange smells and other things, you should immediately stop the car. Then all people should leave the car in order not to endanger the health and life. The task of the passengers is to attract the attention of the surrounding drivers – they should know about the beginning of the fire, to have time to pick up their vehicles and provide possible assistance in extinguishing the fire. The driver needs to get to the fire extinguisher in the car and start to extinguish the fire.

First, you need to process the outer surface of your car and only then go to the extinguishing of the inner part. Burning in the cabin is a secondary process – first, you need to extinguish the fire under the hood. To do this, open its lock and open the hood space; It is undesirable to take nail hands for a bonnet when it is ignited – the driver can get enough strong burns. After flushing under the hood, make sure that the hoses do not run out of fuel, and the wires do not spark.

When the interior of the interior is extinguished, the main part of the fire extinguisher’s charge must fit on its front part – you need to fill the vents with foam or powder, through which the oxygen gets oxygen. The greatest attention should be paid to the seat – in inexpensive machines they are filled with polyurethane foam, which perfectly supports the fire. If the fire occurred in a parking lot or covered parking space, do not leave the car after the flame has been repaired, because its re-distribution will endanger the surrounding cars. After the outbreak, it’s highly undesirable to get into a car, it is best to call a technical expert and an evacuator, which will wipe the damaged transport to the nearest service. Even if the fire was not serious, you can not open the fuel supply until the true cause of ignition is detected.

Although inflammation occurs much less frequently than road accidents or car theft, seasoned insurance professionals do not advise against protecting themselves from this type of risk. There is a lot of reasons why fire can spread inside the car – and they do not necessarily mean the driver’s fault. However, it is not necessary to immediately leave the car at the fire and wait for its destruction, counting on insurance. You can prevent the destruction of your expensive property if you execute extinguishing according to all the rules. Besides, you must adhere to the rules of prevention, which will help to avoid burning for any of the reasons described above.